CBD is one of the most mysterious substances on this earth according to the FDA.

They’re simply bewildered by it, just like the scientists in the 90’s who were also bewildered by THC’s less “totally psychedelic” brother. Because scientists as a group tend to find the reasoning behind things, they went about trying to determine what it was that the endocannabinoid system did, and more importantly, why it existed. For, as we all know, there’s hardly any space wasted in the human, or indeed mammal body, (excluding the appendix), thus there must be a reason for the endocannabinoid system to exist.

This search through the body’s inner workings and how it responds to outside stimuli brought us to a couple of interesting conclusions. The first is that there are, indeed, cannabinoids that your body makes of its own accord, hence why the system exists to sense it. The second being that this system traverses throughout the body and is responsible for several different effects, even those not involving THC. 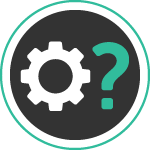 How the Endocannabinoid System Works 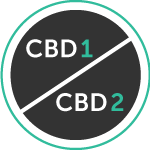 Your system has two types of different receptors called CB1s and CB2s. Your endocannabinoids react with these different sensors and create feelings of bliss. AG-2 is actually the chemical that creates the calm, sleepy feeling people feel after orgasm. Anandamide is actually nicknamed “the bliss molecule” because it’s responsible for providing feelings of contentment and a sort of rightness in your world. It’s the chemical that creates the feeling of a runner’s high. It’s actually also the chemical that initiates the homeostasis process in your body. It accomplished this by regulating inflammation throughout the body and controlling certain neural signaling. These endocannabinoids are often metabolised very quickly in most cases by the enzymes that already exist in your endocannabinoid system and are there to help your endocannabinoid system keep from interfering with the bodies other functions for too long.

Thus, if phytocannabinoids like CBD and THC interact with the same systems as the anandamide and AG-2 do, are they metabolised as quickly as those other cannabinoids and how do they specifically interact with our endocannabinoid systems? Let’s take a look. 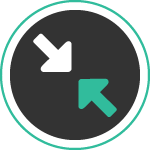 It’s largely known that outside stimulants that create a similar reaction as a natural interior function does often create a far more noticeable version of that same function. Substances like opiods, alcohol and even coffee all manage to make the receptors that notice their presence in the body react more drastically than their natural counterparts. The phytocannabinoids like CBD and THC are, in this way, no different from those other exterior body stimulants. The reason this happens is actually because the receptors picking up on these substances and then interacting with them actually fit against these outside stimulants than they do with the type that your body already makes. 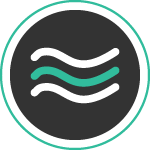 That’s why the feelings of calm relaxation that many people have reported feeling after ingesting both THC and CBD separately last longer than the runner’s high anandamide might create. THC and CBD are just liked better by the CB1 and CB2 receptors in your endocannabinoid system, but most importantly, your body breaks them down far less quickly than it can break down it’s own self-made chemicals. The enzymes easily metabolize anandamide and limit how long your endocannabinoid system interacts with the chemical at all, while those same enzymes do not break down the CBD and THC molecules quite so easily. That interaction actually boils down to how these cannabinoids interact with the individual receptors on a much more complex level. 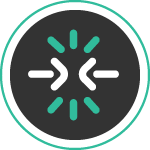 Receptors, regardless of where they’re located in your body, interact with chemicals and stimulants of all kinds in the exact same way. A receptor essentially acts as the joint between two different nerve cells and where it binds both nerves, it leaves an opening where these chemicals can come and meet and attach to that opening called the “synapse.” A compound or molecule that connects with the synapse on a receptor in any system of the body is called an “agonist.” This exactly how all basic receptor-substance interactions play out, and it’s the most simplistic way that a receptor can pick up on and translate the chemicals presence throughout the whole body. Most agonist molecules or substances come paired with an antagonist molecule or substance. Where the agonist chemical serves to make a receptor react and flare up, the agonist, in-turn, works to muffle that same effect. These connect to the receptor in the same fashion an agonist does, but it works to numb the receptor’s reaction to the presence of the stimulating agonist molecules. 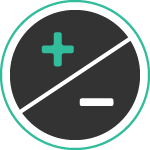 While agonists and antagonists exist in harmony, there’s a third type of interaction that your receptors in a system can experience by the name of an “allosteric modulation.” This interaction outlines neither exciting or muffling by a receptor, but entirely alters how that receptor interacts with future chemicals it comes across. There’s both positive and negative modulations, the positive works to make the receptor more attuned and therefore it starts to react more drastically to all of it’s interactions, while the negative works to make the receptor less effective at interacting with the compounds it comes into contact with. This effect is accomplished by an unusual compound binding to the receptor in a non-standard port. So while agonists and antagonists bind to the receptor at the synapse, a compound or molecule that produces an allosteric modulation will attach to unusual spots on said receptor. 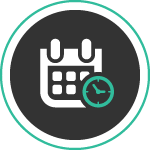 Many people’s main complaints about CBD is that it produces unremarkable effects. However, that’s perhaps because they don’t understand how exactly CBD affects their body. You see, while the body usually prefers outside stimulants in comparison to self-created stimulants, that’s not the case with CBD. You see CBD doesn’t interact with your receptors as either an agonist or an antagonist. CBD actually interacts with your endocannabinoid receptor by acting as an allosteric modulator, specifically a negative modulator. It interacts by limiting the CB2 receptor’s ability to cause inflammation and anxiety-like feelings throughout the body and in your brain. So, over time, the usage of the negative modulator will eventually create a sort of numbed reaction to these types of negative effects throughout your body. This is why most CBD regimens are long-term plans. Through constant, diligent applications of daily CBD oil products, you can start to limit your body’s negative reaction to certain stimuli that create undesired results. Over time, this builds up and renders the receptors that cause these reactions to become more and more numb to that stimuli. Eventually, you’ll hardly notice that negative reaction from your body like inflammation from certain stimuli at all. This is because like allosteric modulators, these alterations are permanent and forever alter how that receptor works. 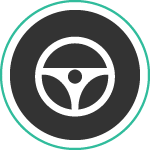 Take Control Of Your Body The Natural Way

If you’re interested in limiting your body’s “glitches” as it were and removing the opportunity for your body to overreact to certain situations, like anxiety, inflammation and more, then you should consider starting a CBD regimen. At CBD Health and Wellness in Scottsdale, we’re here to help you find the best start-up CBD product regimen for you so that you can start to see those desired results faster. Reach out to us with your questions, or start shopping now.

If you’re looking for more information about how to use your CBD products in recipes or how to alter your regimen to better fulfill your wellness needs, refer to our articles. We love sharing smoothie and appetizer recipes where you can get your daily CBD oil intake in fun and creative ways and we want to keep you informed about the updates in the CBD industry. When we know about more definitive studies supporting the qualities of CBD products, you’ll know.